This much-awaited debut memoir, The Elephant Chaser’s Daughter, by Shilpa Raj has its origin seven years ago when she began jotting down her family history in her journal at the age of sixteen. Desiring to become a journalist and an author, she interviewed her family members and neighbours to understand what it is to be an “untouchable” in rural India.  In the process, she witnessed for herself the life her community has been leading for generations – of violence, murder, suffering and discrimination. 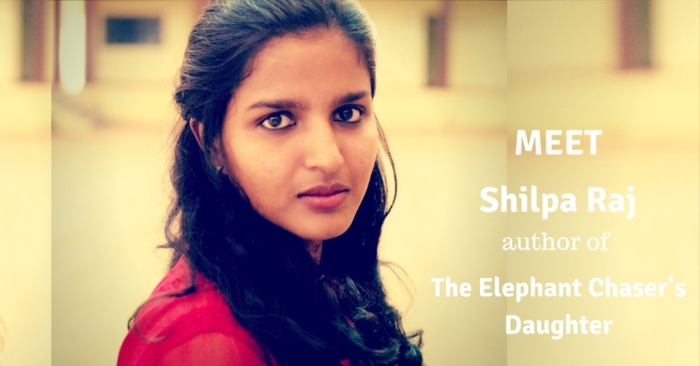 Shilpa’s life changed dramatically at a young age when a philanthropist took her into a boarding school for economically disadvantaged children that offered residential care and education. When she returned to her village for vacations, she faced contrasting realities experienced by hundreds of millions of her caste. While growing up, she oscillated between two worlds: one of hardship, servitude, injustice, and village traditions; and the other of opportunity and empowerment.

Shilpa is the first one in her family to complete a high school education. While writing her memoir, she continued her college education towards an MSc degree in Psychological Counselling – an academic and literary accomplishment. She likes to write stories of her friends, counsel children who have had trauma in their early years, and in her spare time teach English at the school where she studied. She is much interested in dance and photography.

I have never seen a female author of her young age from a poor family writing about social indignity and the life that is being led by her community. Hers is a voice that has risen from the forgotten and ignored underclass. Shilpa Raj will prove to be the author who speaks for all young women growing up an oppressed society, and yet, aspiring for a modern life. She is an inspiration to all young women, and a call to justice for the rest of us. The reading fraternity is eagerly awaiting her book that will surely make a mark in the literary world.
Shilpa is featured in a prominent role in the soon-to-be-released Netflix Original Series, Daughters of Destiny. She is also the narrator in the film as she reads from her book – a touching feat that brings much warmth and sensitivity to the story of five young women whose lives have been transformed by the education they received.

The Elephant Chaser’s Daughter will be available at bookstores in India and online by 25th of July.